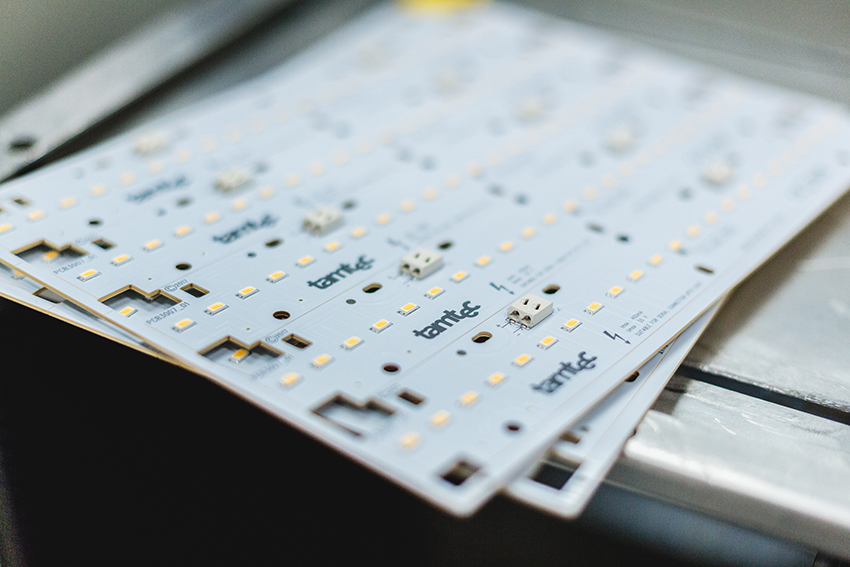 Flicking the switch: why moving to LED lighting can reduce your carbon footprint – and save you money

With the amount of evidence pointing to an escalating climate crisis growing by the week, there is a feeling that businesses everywhere need to be doing more to reduce their carbon footprints. One of the most effective ways in which they can do this is to make the switch from traditional light sources to next-generation LED-based systems – a move that can often reduce lighting-related energy consumption by up to 90%.

Sadly, not all businesses are yet aware of the benefits of LED lighting, so there is an important (and potentially rewarding) opportunity for contractors and suppliers to steer companies towards upgrading their systems to the latest LED-based solutions.

In the UK, the imperative to act now seems especially strong given that it recently became the first major economy to pass laws to end its contribution to global warming by 2050. Agreed in June 2019, the legislation stipulates that all greenhouse gas emissions must be brought to net zero by the middle of the century – compared with the previous target of at least 80% reduction from 1990 levels.

Meanwhile, multiple major organisations and trade associations have been making moves towards a more energy efficient future. The Royal Institute of British Architects (RIBA) is a case in point: having voiced support for the UK Government’s 2050 plan, it recently confirmed that it would develop a five-year action plan to embed sustainable industry standards and practices, and seek to reduce RIBA’s own carbon footprint.

Consequently, the feeling that businesses of all sizes and shapes should ‘do their bit’ to help meet these ambitious – but very necessary – targets has never been stronger. Fortunately, there are some relatively straightforward steps that can be taken to reduce a company’s overall carbon footprint – not least making the move from traditional lighting types to highly efficient LED-based systems.

Making the case for LED lighting

From a steady stream to a flood – there is no doubt that the transition towards LED-based lighting has accelerated dramatically during the past five years. But for contractors and suppliers working with the as-yet-unconverted, it doesn’t take long to construct a compelling case for them to review their use of lighting. What follows is a roll-call of some of the main points that need to be made.

First and foremost, it is not uncommon for LED lights to use 90% less energy than a typical incandescent bulb. As a result, in even the case of a relatively modest lighting infrastructure there can be a significant reduction in a company’s primary carbon footprint as less fossil fuels will have to be burned to produce it.

Then there are the benefits to what is frequently termed secondary carbon footprint. With the latest-generation systems, LED lights can offer a life expectancy that is 20 times longer than a traditional bulb. The result is that many LEDs only need to be replaced once every 50,000 hours – that can represent more than 17 years of typical annual use in many applications!

Attendant to this vastly improved efficiency and life expectancy are multiple other potential cost reductions. Fewer replacements equals less need to call on maintenance staff – spelling significant savings on third-party contractors and/or increased capacity for internal support personnel. Switching to long-life LED systems also translates to reduced stoppages for replacement work that could put whole areas of an office complex or factory out of action.

Mind you, that’s not the only potential benefit for productivity of adopting LED lighting. There is now a substantial body of study that indicates its ability to generate improved and more consistent lighting levels is conducive to better health among employees. As the UK Health & Safety Executive has observed, “poor lighting can not only affect the health of people at work causing symptoms like eyestrain, migraine and headaches, but it is also linked to Sick Building Syndrome in new and refurbished buildings.” (1)

In the context of the above it is hard to see the encouragement of companies by contractors and suppliers to move across to LED as anything but a win-win. On one hand, it can deliver dramatic carbon and energy-expenditure savings to businesses; on the other, it can contribute to a healthier environment for personnel and thereby reinforce companies’ credentials as eco-conscious organisations, with all the positive PR implications which that brings.

With the cost of even the higher-end systems steadily falling, there has never been a better time to embrace the benefits of LED lighting. Contact our expert lighting team for more information.